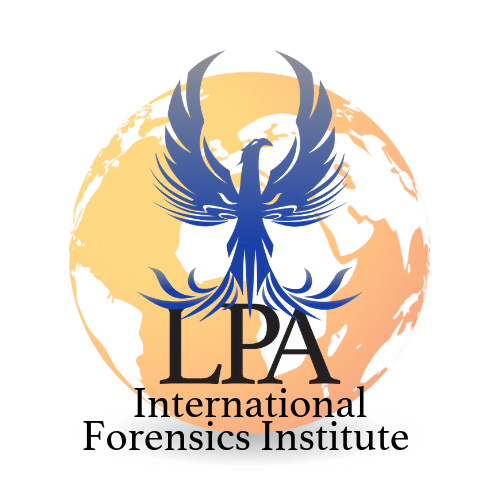 It is one thing to solve a murder case (proper suspect identification), but it’s another to clear murder case (adjudication). Pettler’s method, The Murder Room (TMR), is a systematic, scientific, quantitative, qualitative, multidisciplinary, interdisciplinary, death scene-to-courtroom decedent-centered approach to death investigation for crime scene investigators, detectives, coroners, prosecutors, and students. TMR method not only can help determine the most likely manner of death, but it can also solve for staged or normal, crime or no crime, criminal or civil, probable cause development, suspect identification, prosecutorial theory, and helps present cases in courtrooms. TMR’s six-stages required a multidisciplinary team-approach to solving and clearing death cases, murders, and cold cases all-inclusively; everyone’s ideas and skill sets are highly respected, welcomed, relevant, and paramount to success. TMR comes in three versions: hot case, cold case, and staged case and is surprisingly easy to learn, easy to build at your location, and easy to use.

In a 2019 Forensic Science International Synergy Journal article published by Elsevier, Forensic Criminologist Dr. Laura Pettler was named one of the most influential women in forensics in the world: a well-deserved award for her significant international contributions to criminal justice throughout her career.

The year 2022 marks Dr. Pettler’s 21th year in homicide. Dr. Pettler is a former North Carolina District Attorney’s Investigator where she worked death/murder scenes, along with carrying a caseload of up to 80 pending and 31 cold case homicide cases at one time. Dr. Pettler worked state-wide with more than 17 North Carolina law enforcement agencies and was the co-founder and director of North Carolina’s first and only Crime Scene Reconstruction & Behavioral Analysis Program, head of the district’s first Cold Case Task Force, and co-founder of director of its Richmond Community College International Forensics Institute. Dr. Pettler is recognized for her role as the investigator who "cracked" the "Black Widow Granny," case that resulted in the 2008 arrest of Betty Neumar (deceased 2011), a 76-year-old woman with five dead husbands and one dead son who is suspected in more than one of her husbands' deaths of which her 2022 Podcast “The Murder Room: Season 1 Black Widow” is based.

Dr. Pettler is the author of the third dissertation in the world on staging behaviors of death. scene stagers in homicide cases. Dr. Pettler has 12 years postdoctoral research, field experience, and publication in staging dynamics in intimate partner homicide hot and cold cases. Dr. Pettler is the author of Crime Scene Staging Dynamics in Homicide Cases, the first book in the world on staged homicides that sold 800 copies in its first eight months and is currently writing its second edition. Dr. Pettler has invented two death investigation methodologies, one taxonomy, and four matrices related to staged murder investigation and in 2014, she founded the Facebook Crime Scene Staging Awareness Initiative to build awareness about how failure to detect staged murders leaves violent offenders in society with opportunities to reoffend. In 2008, Laura co-invented Tubular Dowel Crime Scene Reconstruction of which its general concept was carried over and absorbed in her 2013 invention The Kaleidoscope System, which is carried by 11 forensic distributors and sold in more than 30 countries worldwide today.

Dr. Pettler is an Expert Volunteer for the Cold Case Investigative Research Institute in Atlanta, Georgia and was the Vice President of The American Investigative Society of Cold Cases. In addition to her AISOCC Vice Presidency, Dr. Pettler served AISOCC's as its first Director of Development, a position created specifically for her and as one of AISOCC's first Honorary Review Board members. Additionally, Dr. Pettler was certified by the International Association for Identification as a Senior Crime Scene Analyst for 10 years, served the IAI as the Chair of the Bloodstain Pattern Analysis Subcommittee, served as a member of the Crime Scene Investigation Subcommittee, as a member of the Forensic Medicine Subcommittee for the Florida Division of the IAI's, and as the Editor for the North Carolina Division of the IAI, as well as having taught numerous workshops and lectures in crime scene reconstruction, staging, bloodstain pattern analysis, and victim-centered death investigation for the IAI and divisions of the IAI including the Central American Division in Costa Rica since 2007.

Dr. Pettler is the forensic criminologist for Emmy Winning tv show CSI Atlanta of which the cast and crew won for Outstanding New Series co-hosted by Karyn Green and Sheryl McCollum. Dr. Pettler was the host and co-executive producer of webTV show Notorious: True Crime Stories with Laura Pettler nominated in 2017 for Best Director by the International Academy of Web Television Awards. Additionally, Dr. Pettler was the Forensic Criminologist in seasons 8, 9, 10, 11 of internationally syndicated tv show the Nine-Time Emmy Award winning The Dr. Oz Show and regularly appears in numerous podcasts, at CrimeCon, on CourtTV,  and on numerous true crime television shows on Oxygen, ID, Reelz, Starz, Spike, and other television networks.

Select a course first to display its contents.

No available contents for

There are no free, paid or coming soon courses in your school yet.
Why don't you create one?

The school owner is working hard preparing the courses for you.

Oops, you haven't created any courses yet.

Wouldn't it be a good idea to create a course?

No blog posts found in your blog. Why don't you create one?